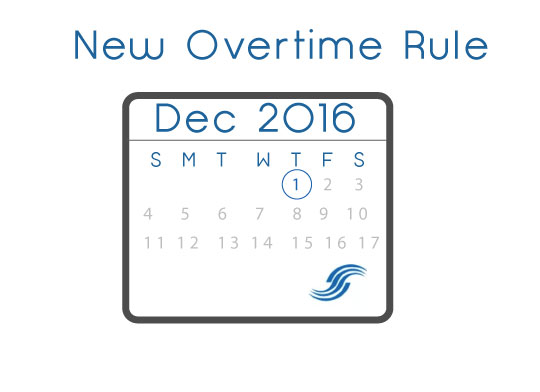 Effective December 1, 2016—only 113 days from now—the new overtime “final rule” will change a variety of facets of the previous overtime law.

The final rule will:

How it affects employers:

So what does the new “final rule” mean for entrepreneurs and small business employees? Basically, any employees whose salaries are not equal to or are less than the threshold salary ($47,476) are entitled to time-and-a-half pay after they’ve worked 40 hours in a week.

From a management perspective, business owners have a few options:

December 1st is a Thursday, and because of that you don’t want to have employees’ new salaries or classifications kick in on that day.

So, instead, it has been advised to make the change the week of Thanksgiving. Due to the holiday, it’s unlikely newly OT-eligible employees will have to work overtime that week, which can make the transition a lot easier (without making it more expensive).