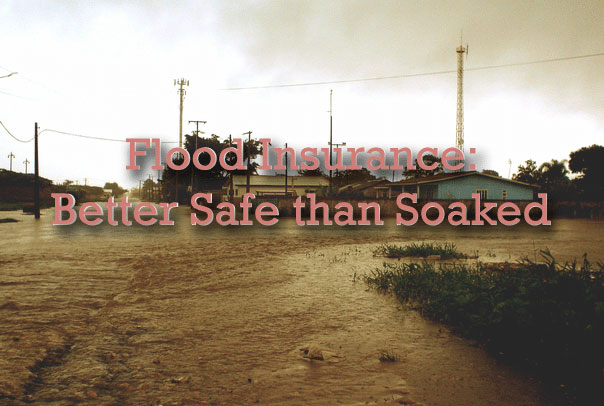 It’s Hurricane season, and as we’ve seen in the last week, rain has been among us here in the southeast. This past weekend, parts of South Carolina received almost a foot of rain, according to the National Weather Service, and more is expected.

Not much rain affected Alabama this time, but Alabama ranks pretty high in comparison when it comes to flooding/flood damage. In fact, the top 3 states with the most NFIP (National Flood Insurance Program ) payouts in 2014, according to the Insurance Information Institute, are in the southeast.

It is not hard to grasp that just a few inches of water from a flood can easily cause tens of thousands of dollars in damage.

Flood insurance covers both the building and contents inside when you have both dwelling coverage and contents coverage.

Dwelling coverage will cover property up to $250,000 and contents coverage insures up to $100,000 of personal property. It is recommended to purchase both types of flood coverage since homeowners insurance will not cover losses attributed to flooding.

You don’t have to be in a Flood Zone to purchase flood insurance, but it is a PRP (Preferred Risk Policy). Your premium is based upon your Flood Zone as determined by Federal Flood Zone maps.

The Federal Government is the insurance company per the National Flood Insurance Program.

There are a number of damages and expenses a flood insurance policy will not cover, as well.

Expenses NOT covered by flood insurance include: